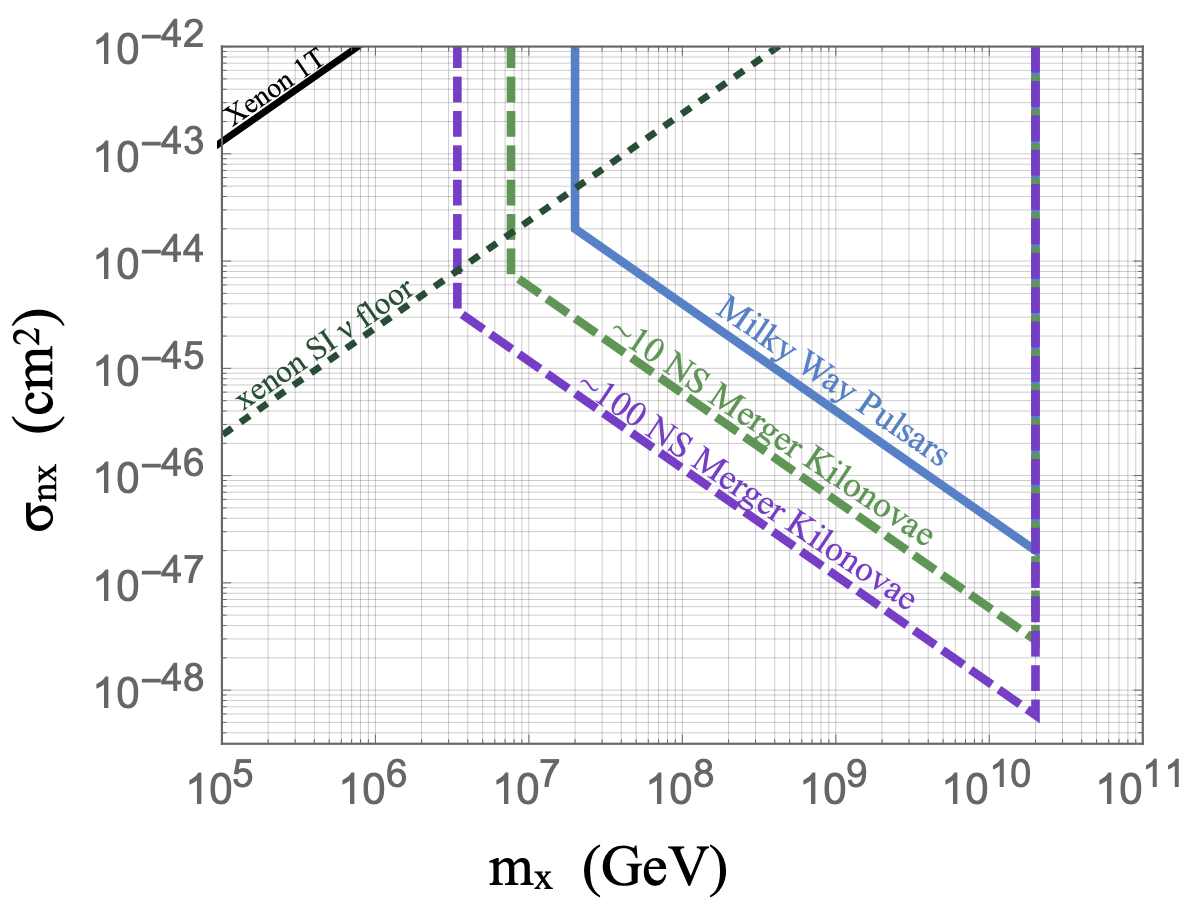 We propose several new search strategies for asymmetric dark matter models, which are notoriously difficult to detect due to their lack of annihilation radiation (or potentially decay). This expands on a long-running research platform aimed at determining the conditions under which the asymmetric dark matter density inside compact objects like neutron stars could reach a critical value that causes the entire system to collapse into a black hole. We propose to search for suhc a scenario utilizing LIGO detections of Neutron star mergers, and CHIME detections of fast radio bursts - both of which would have altered features if the neutron stars in such objects had previously collapsed into black holes. We find, for example, that searches which verified an astrophysical distribution of neutron star mergers on the sky could set constraints on the asymmetric dark matter cross-section several orders of magnitude better than from terestrial experiments.

Snowmass2021 Cosmic Frontier White Paper: Puzzling Excesses in Dark Matter Searches and How to Resolve Them