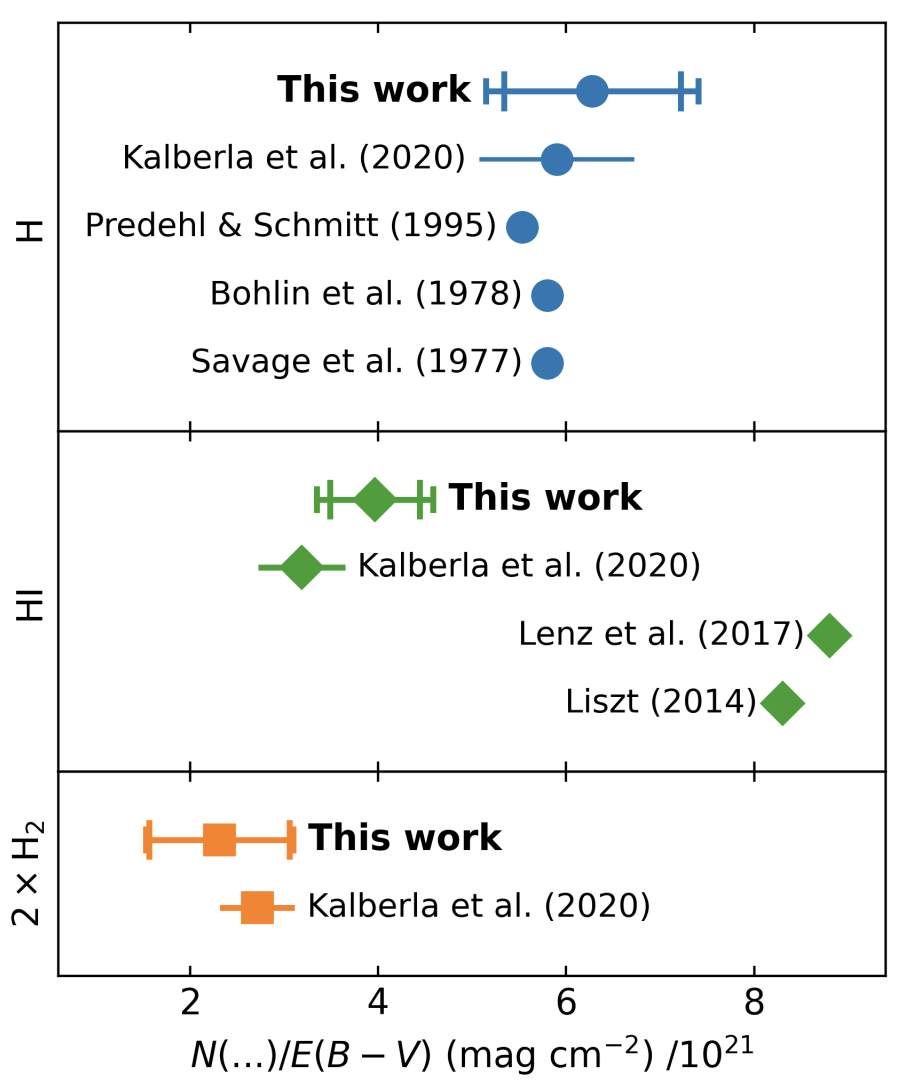 The ratio between the gas and dust densities in galactic environments is among the most important parameters in understanding star formation and galaxy evolution. Typical constraints on this ratio stem from radio observations of dust emission and absorption, as well as radio line emission from standard gas tracers. We develop an entirely new method based on gamma-ray observations, which trace the convolution of the well-measured local cosmic-ray density and the well-measured high-latitude gamma-ray emission intensity. We obtain results that are consistent with many previous studies, but depend on an entirely independent set of systematic uncertainties. Moreover, our results have the precision to untangle the tension in previous world leading measurements, quantitatively improving our models of local gas and dust. 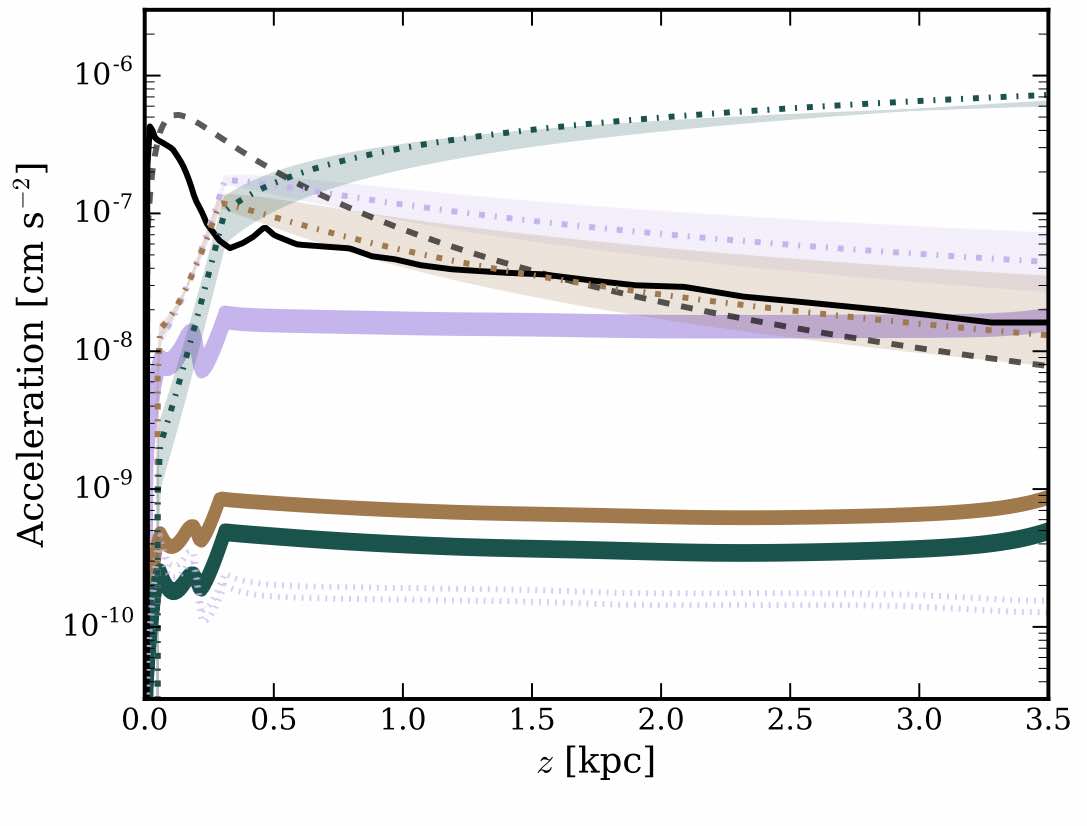 We construct the most detailed models of cosmic-ray injection, propagation, and energy losses in the starburst galaxy M82, including the first two-dimensional model of cosmic-ray injection and propagation in the dense M82 nuclear core. We find that the high-gas density of of the starburst core quickly cools high-energy protons injected by supernovae in teh starburst region. By comparing these gamma-ray constraints with the morphology of observed radio emission, we place strong constraints on the steady state cosmic-ray density above and below the galactic plane. Because we find the cosmic-ray density (and its gradient) to be small, we can rule out models where cosmic-rays drive the galactic winds in galaxies like M82. 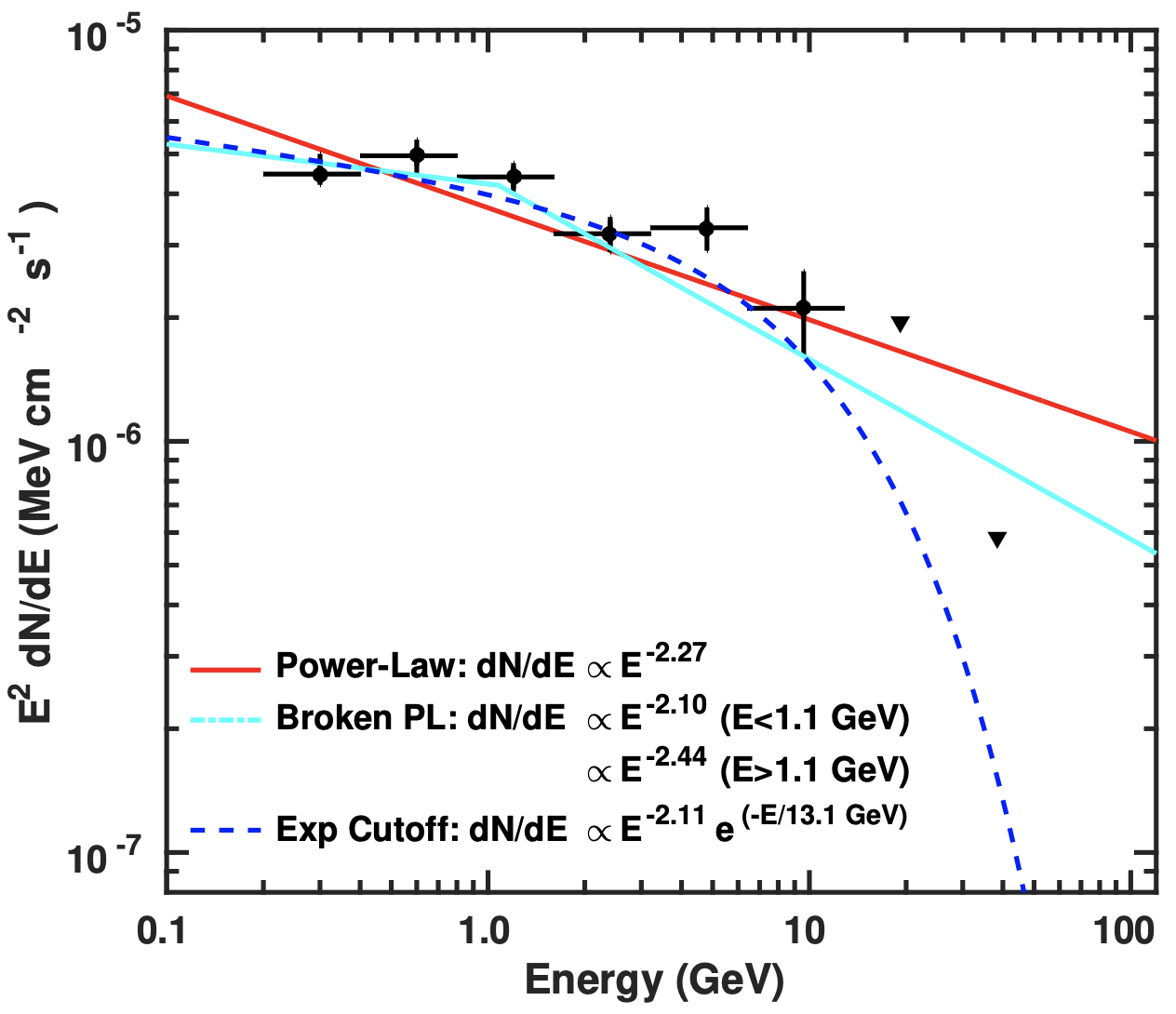 Evidence for Cosmic-Ray Escape from the Small Magellanic Cloud

The Small Magellanic Cloud serves as an excellent test case to understand cosmic-ray propagation in small galaxies. Situated only 100 thousand light years away from the Milky Way, its proximity allows us to utilize gamma-ray observations to measure not only its diffuse gamma-ray flux, but also its gamma-ray morphology. We produce a targeted study of the Small Magellanic Cloud, and find that the gamma-ray spectrum includes a peculiar cutoff at energies above 12 GeV, which corresponds to cosmic-ray energies near 200 GeV. These gamma-rays do not appear to be produced by isolated sources within the galaxy, leading us to conclude that high-energy cosmic-rays are produced in the Small Magellanic cloud, but then efficiently escape at high energies before encounting gas. This has implications for cosmic-ray feedback and the dynamics of small galaxies.