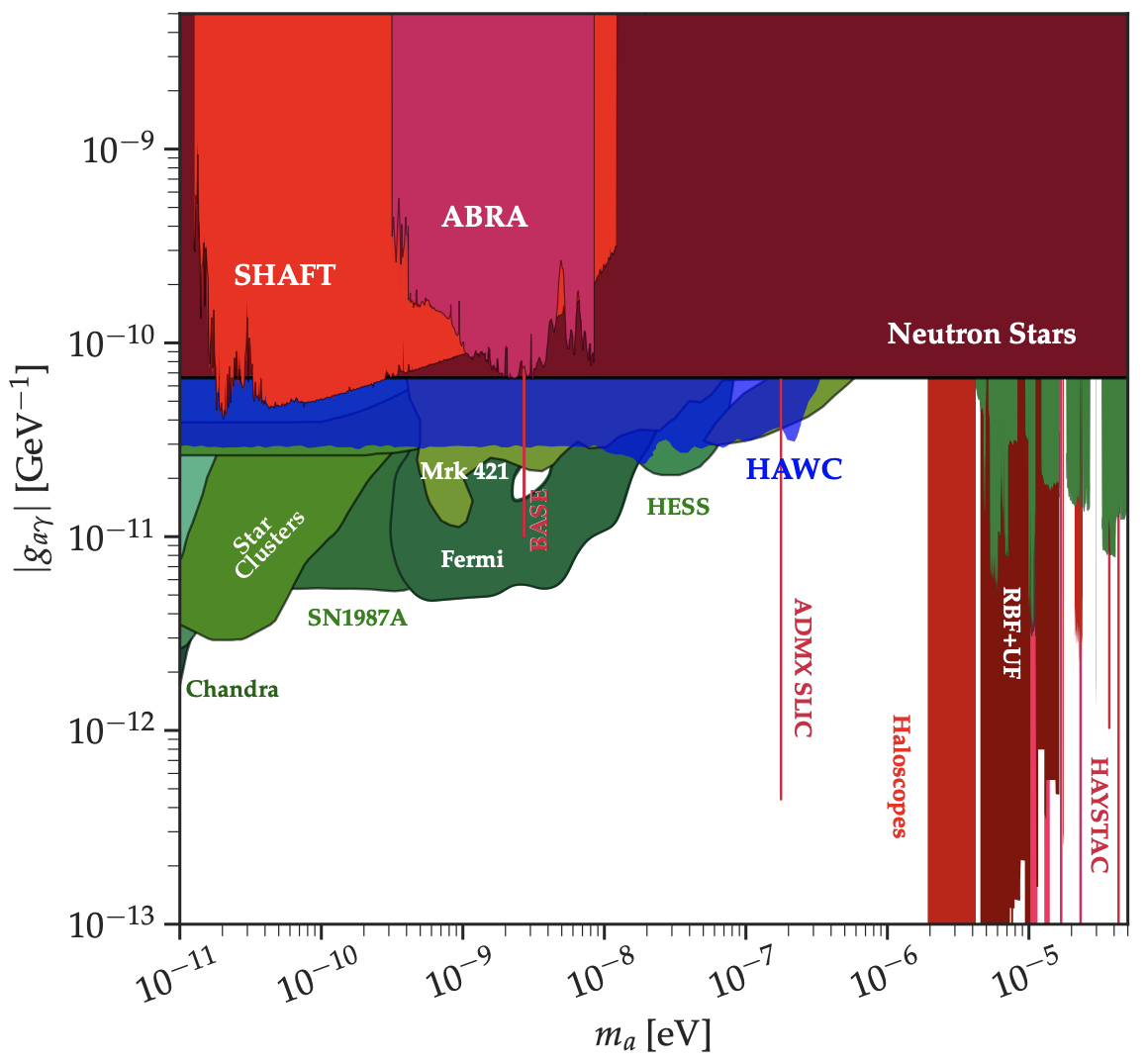 Very high-energy gamma-rays from distant sources are typically attenuated (absorbed and re-emitted at lower energies) through interactions with the extragalactic background light during their intergalactic propagation. This means that while distant blazars are bright at GeV energies, their emission at TeV energies should be highly suppressed. Interactions with axion-like particles can provide an alterative life for these particles, as TeV photons could convert into axions within blazar magnetic fields, and then propagate effectively through the IGM before reconverting into TeV gamma rays in the Milky Way magnetic field. We search TeV gamma-ray emission from bright blazars using the 3HWC catalog in concert with lower-energy telescopes. We find no evidence for a signal consistent with ALPs, and place constraints on the axion-photon coupling that is consistent with, or slightly stronger than previous limits. 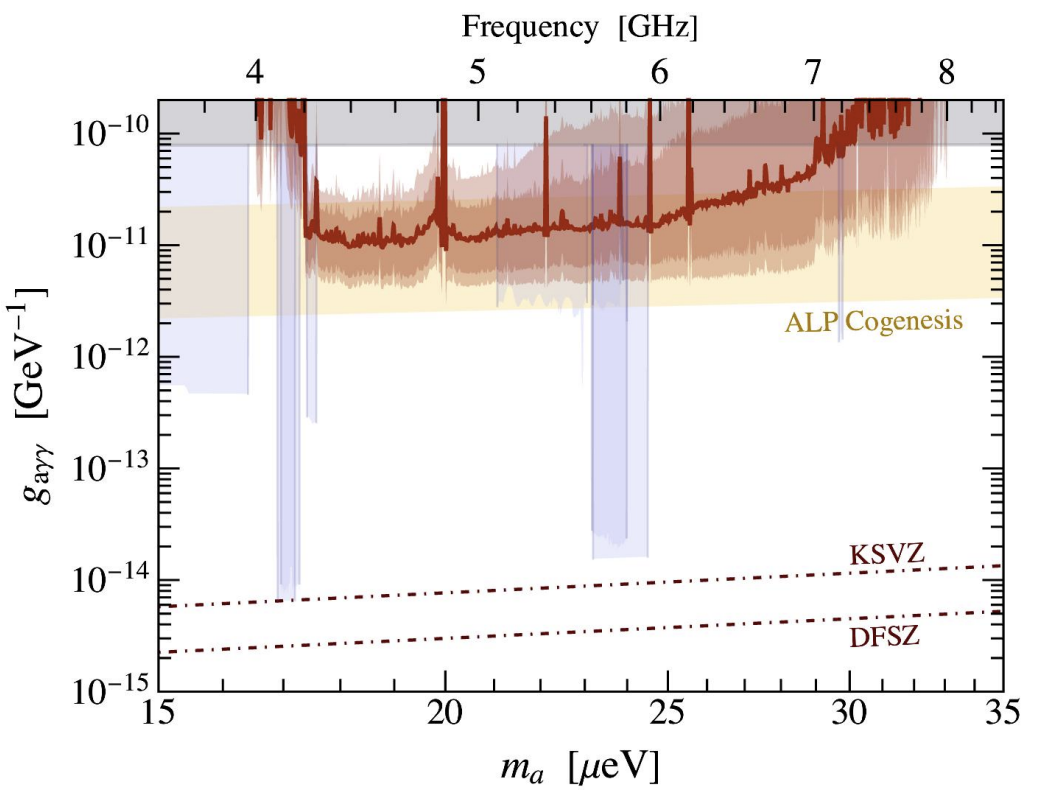 The extremely strong magnetic fields of neutron stars potentially provide an optimal environment to initiate the conversion of dark matter axions into photon signals. The galactic center remains an exciting target for these searches, because previous studies indicate that it has both a large dark matter and neutron star density. We utilize detailed sureys the galactic center produced by the Breakthrough Listen Project, which are directly targeted at finding evidence of extraterrestrial life in our universe. The high energy resolution of these surveys is optimal for the detection of an axion signal. We find no evidence for a radio line produced by axion-photon conversion, and set strong limits on the axion-photon conversion cross-section, the exact strength of which depends on uncertainties in the underlying neutron star and dark matter population -- uncertainties which can be significantly reduced by upcoming experiments over the next decade.